It all started from here: https://webfest.web.cern.ch/content/muon-plottr

First brain storming and project planing by the end of day 0: 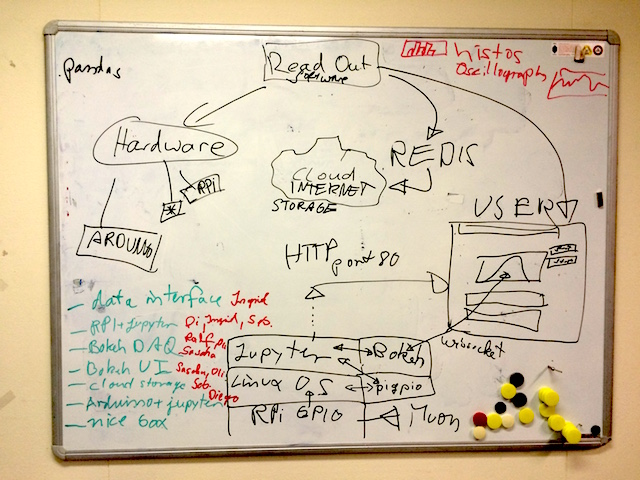 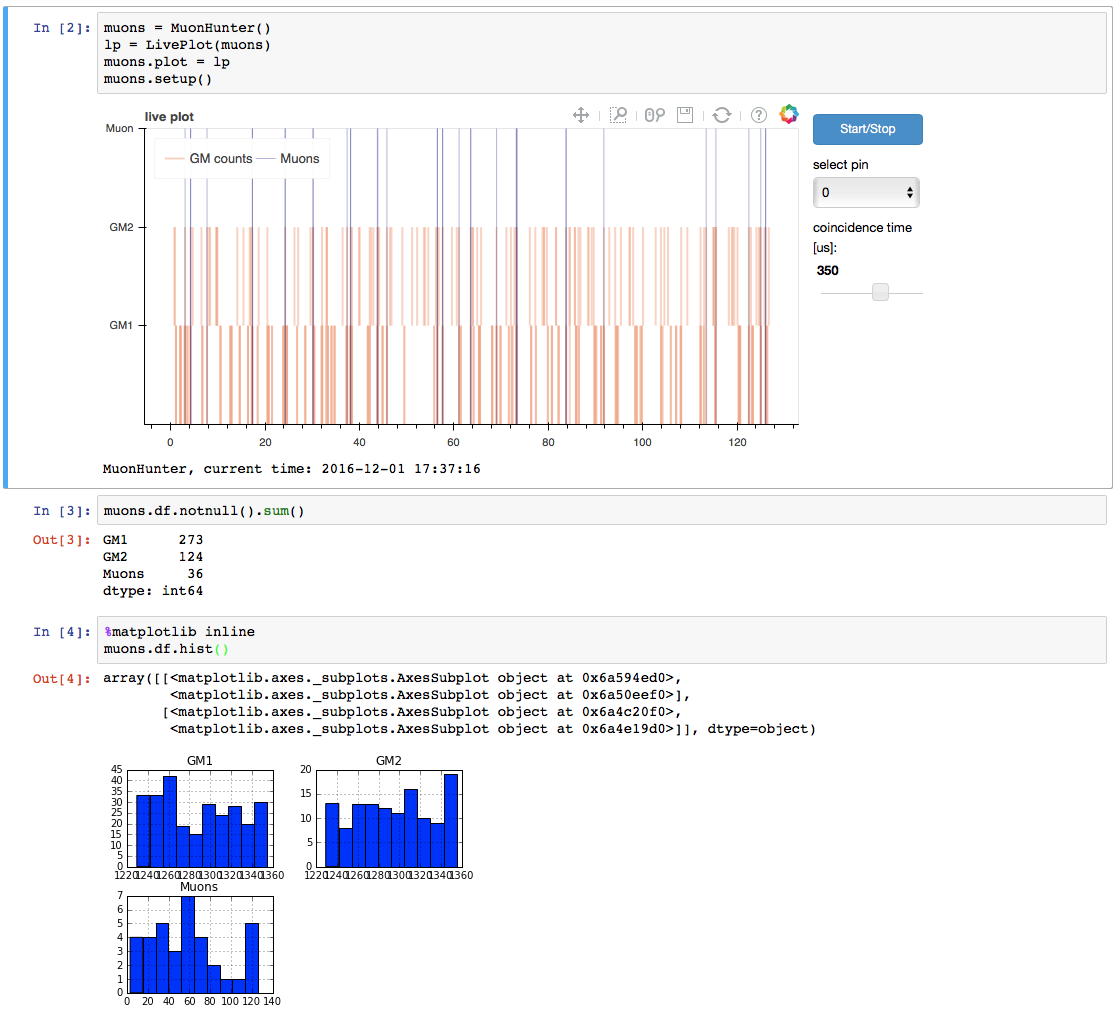 The MuonHunter and LivePlot classes are part of the Heiopy module. The channel GM1 has a technical problem and sees therefore much more counts than GM2. The input pin selector isn't used in this case (code needs some restructuring....).

Plotting a data stream in real-time from analog pin nr. 5 of an Ardruino Uno (running Firmata) looks currently like this: 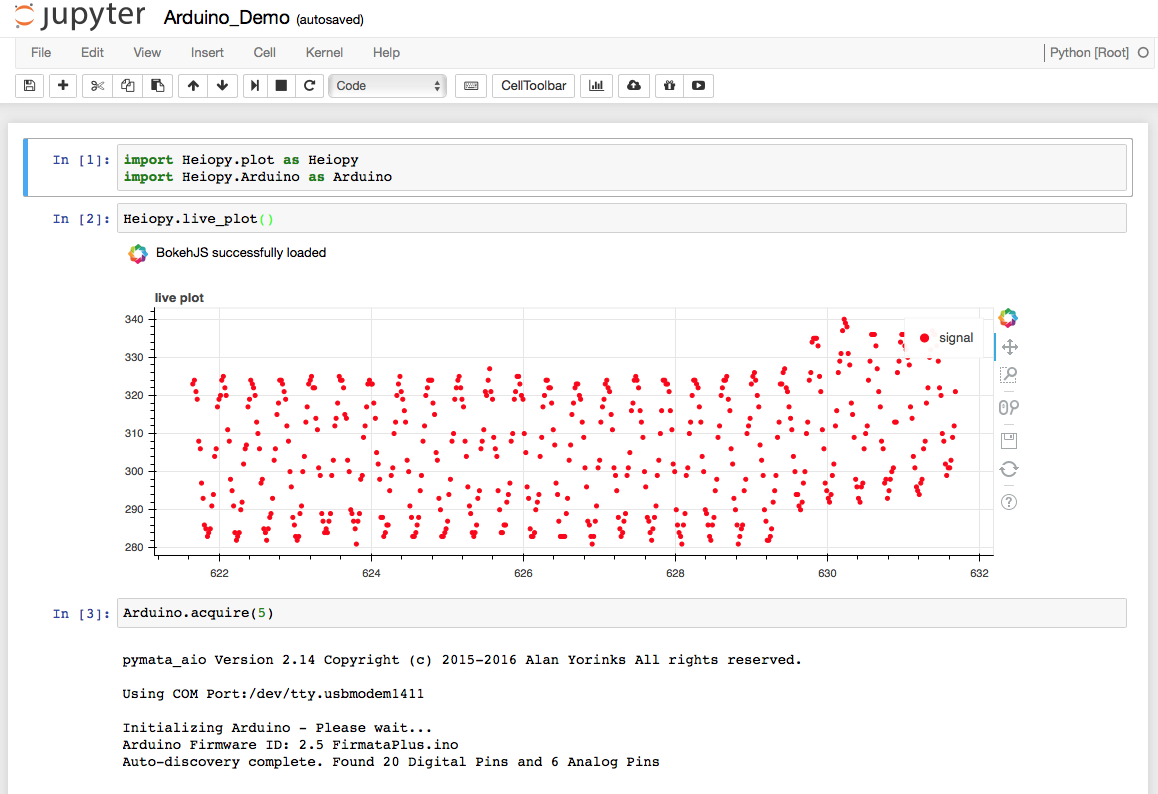 (The pin was not connected to anything. The plot shows electro-magnetic interferences picked up by a short wire.)

Results of the CERN Webfest 2016