This is a replacement for !4 (closed).

Instead of trying to make shared libraries (DLLs) work on Windows, this MR builds static libraries instead. As this does not need any C++ code changes for a successful Windows native build in the projects that use libraries.

A number of projects are not possible to use on macOS and/or Windows natively unfortunately. Apart from the understandable ones (the ones that use Pthreads and Python), 2 of them fail on macOS and Windows because they use <ext/numeric>. Which is pretty specific to libstdc++... Not for next week, but it would be very much worth getting rid of such platform specific things from a general C++ course...

Just to show that the thing still works, this setup could allow a few enthusiastic students to even attempt some debugging with something else than GDB... 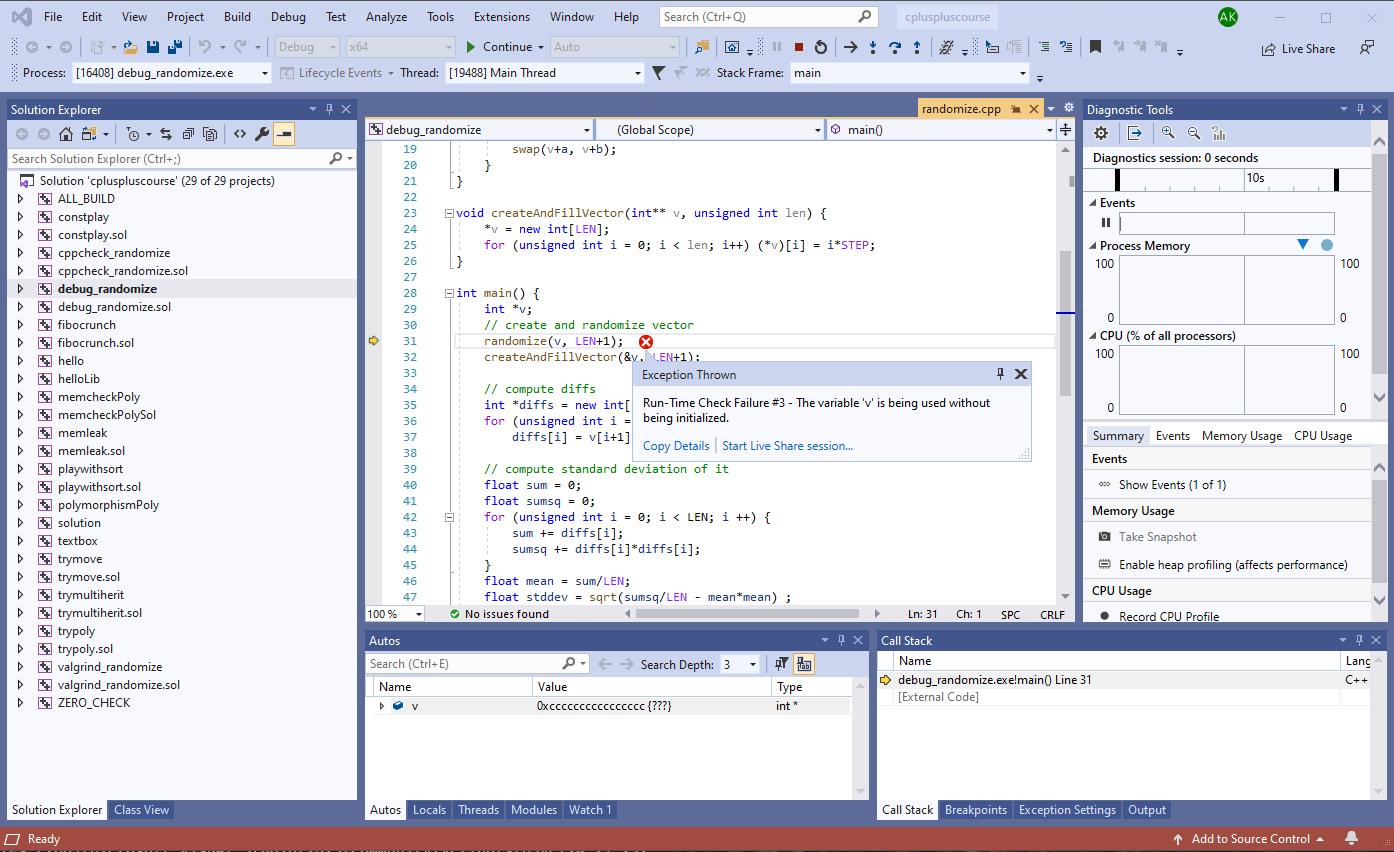