Closed Alexandre Laurier requested to merge alaurier/athena:MM_DigitizationWindow into master May 05, 2022

A MM digitization parameter setting a higher time limit in the digitization was incorrectly set too small and caused significant problems in the MM pileup and overlay time distribution of the strips. 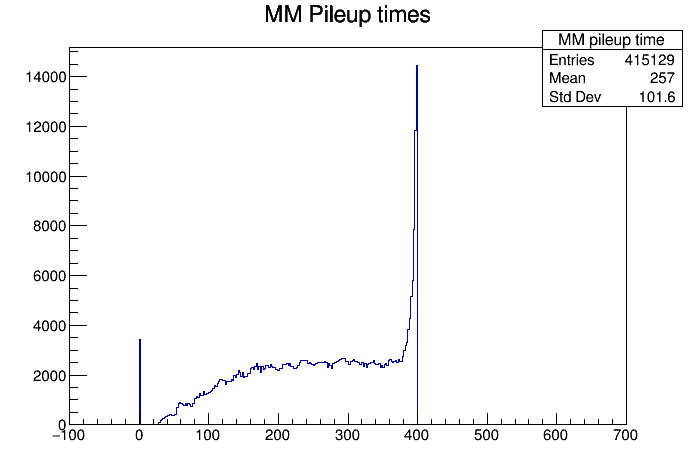 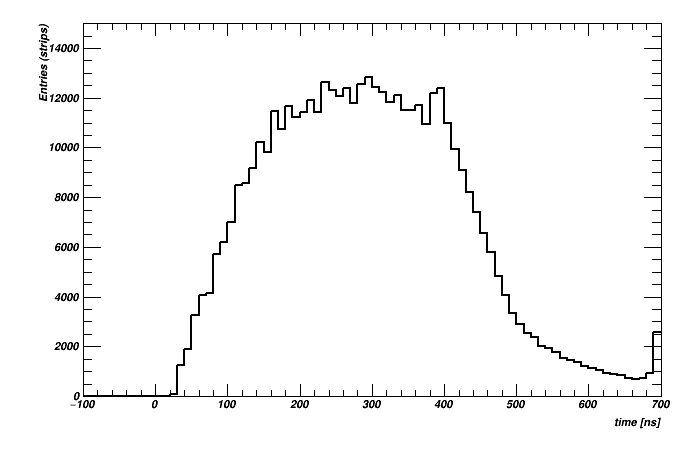 The issue of large memory usage in the reconstruction of overlayed samples is still being investigated but this MR will fix a crucial contributor.

However, for an unknown reason, increasing the upper time window also creates FPE warnings in some MM L1 trigger jobs. I will add comments and job commands in the comments below. I have tracked down where the FPE error stems from and I can offer some possible causes. The MM digi and trigger sim experts can take a better informed look.