I have been noticed multiple (seemingly) random segmentation faults when running MooreAnalysis on the grid using ganga, which are also reproducible later on when running interactively. Here are a few examples, in addition to the one in the below issue: 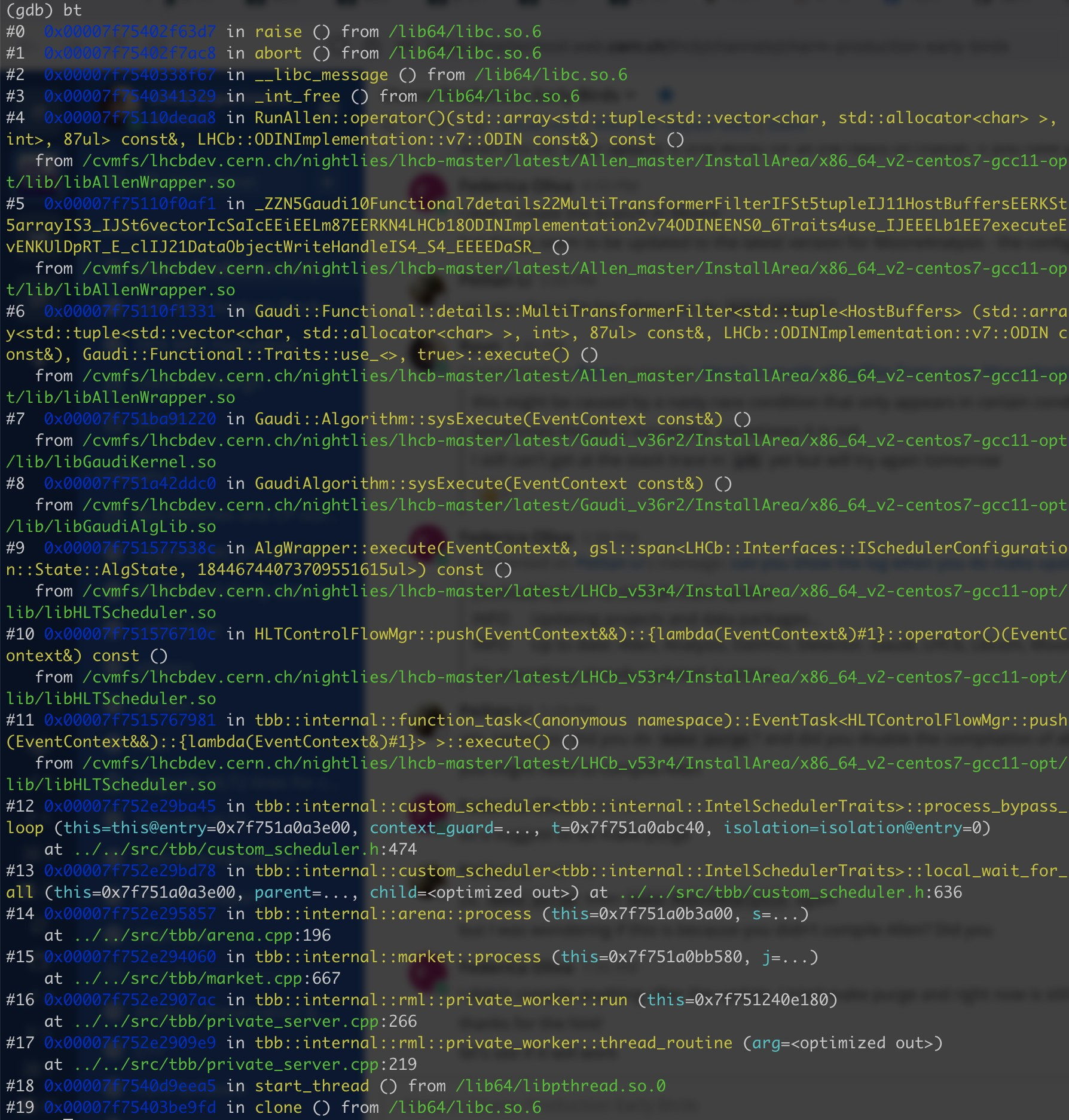 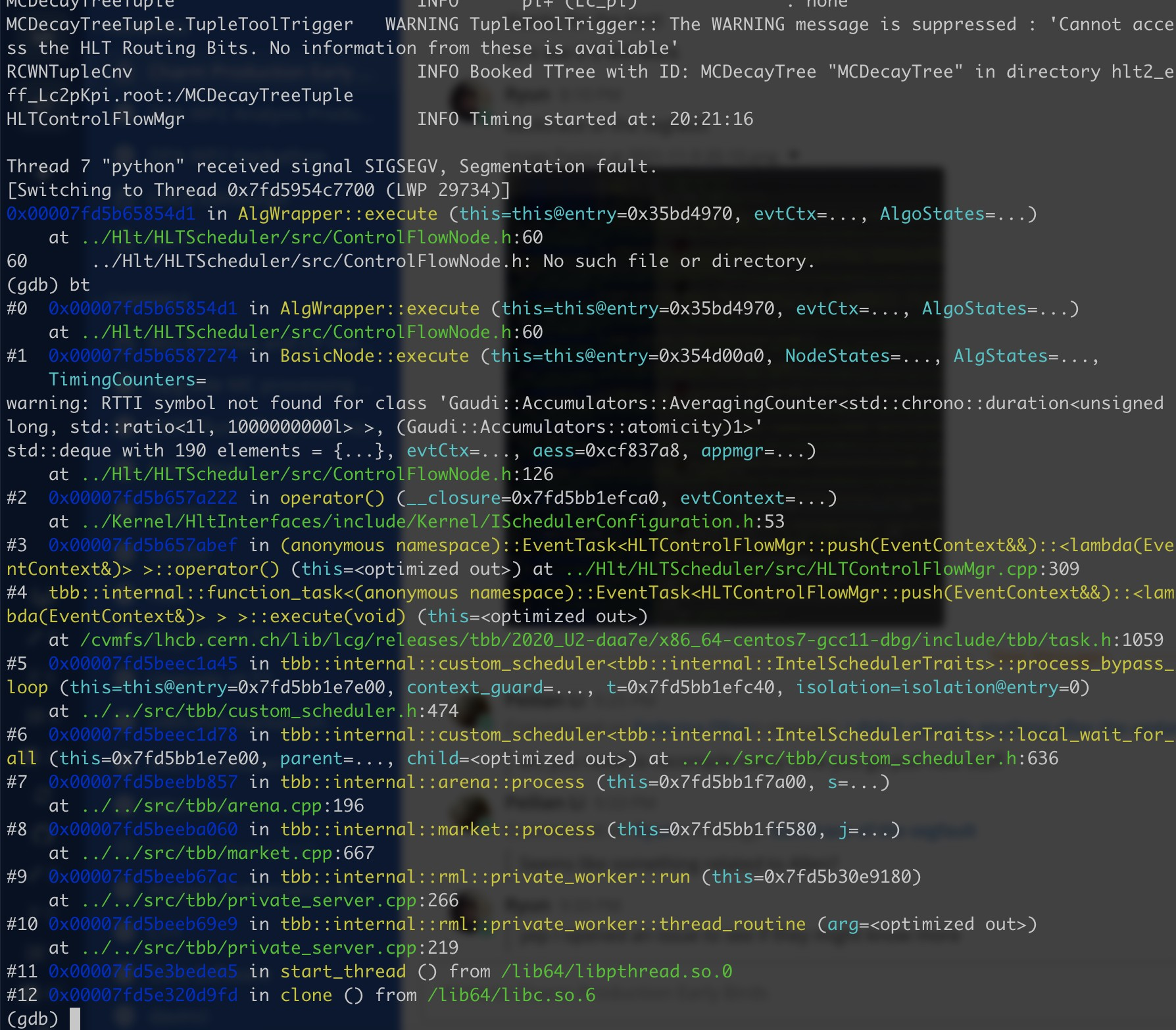 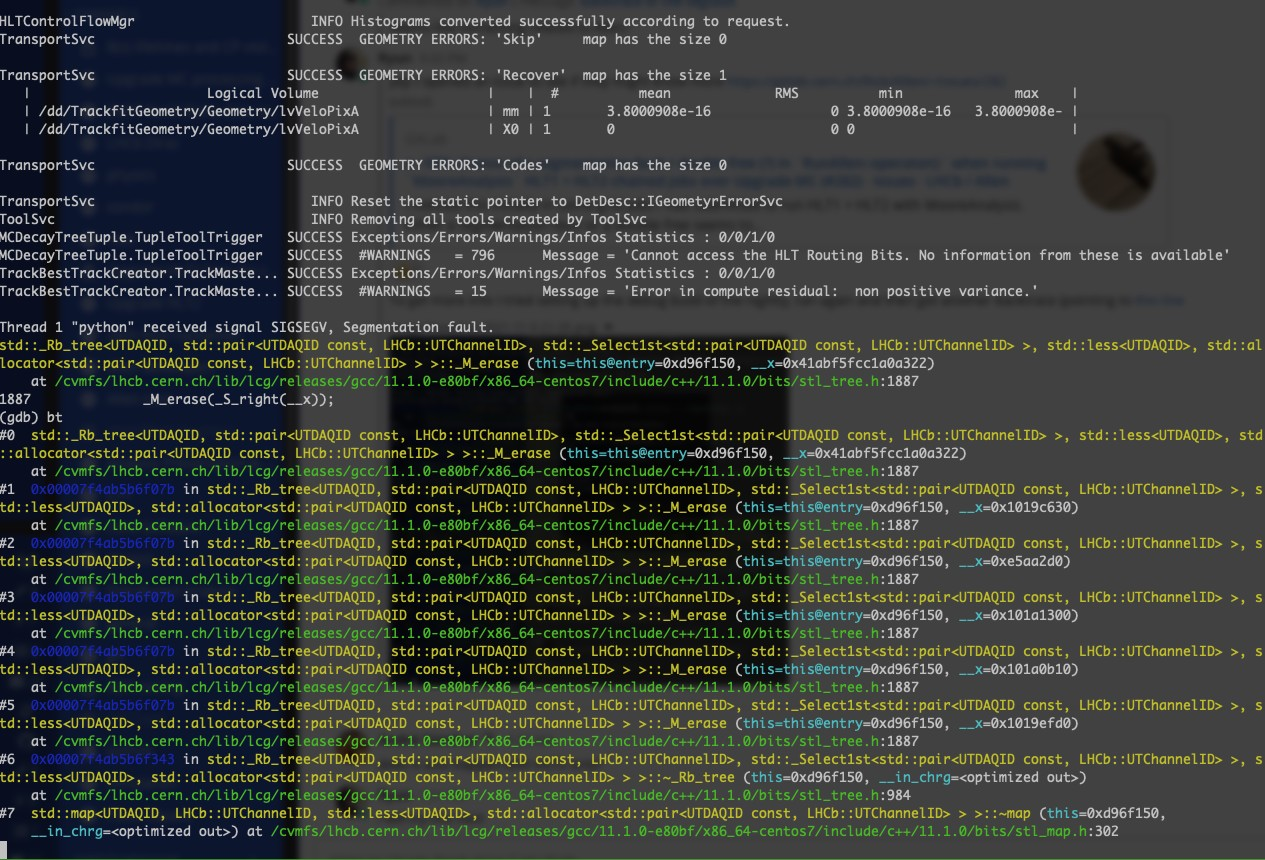 Any ideas on how to track this down or work around it? It is not an issue with this specific file, because 45/100 files succeeded, and the other 55 or so jobs running on each of the other XDIGI files failed.

The stack or the latest version of the nightly may be used.