When commit_new_dsid.sh is run it will automatically loop over all jO that are added (specified with the -d flag) and make sure that they are in the correct DSID range, as discussed in #29 (closed).

The DSID range checking is done via the check_jo_consistency.py script, so one also performs all the naming checks at the same time.

Typically one would first run with -n so one is supposed to rename the directories according to what the script suggest and then rerun the scripts with the correct DSIDs and eventually commit.

The CI check is incorporated in the check_jo_consistency job, i.e. after this MR is merged one will not only check the jO for their naming but also make sure that they are in a directory in the correct DSID range.

Since this job is not allowed to fail we won't be accepting jOs if they don't live in the correct DSID range. 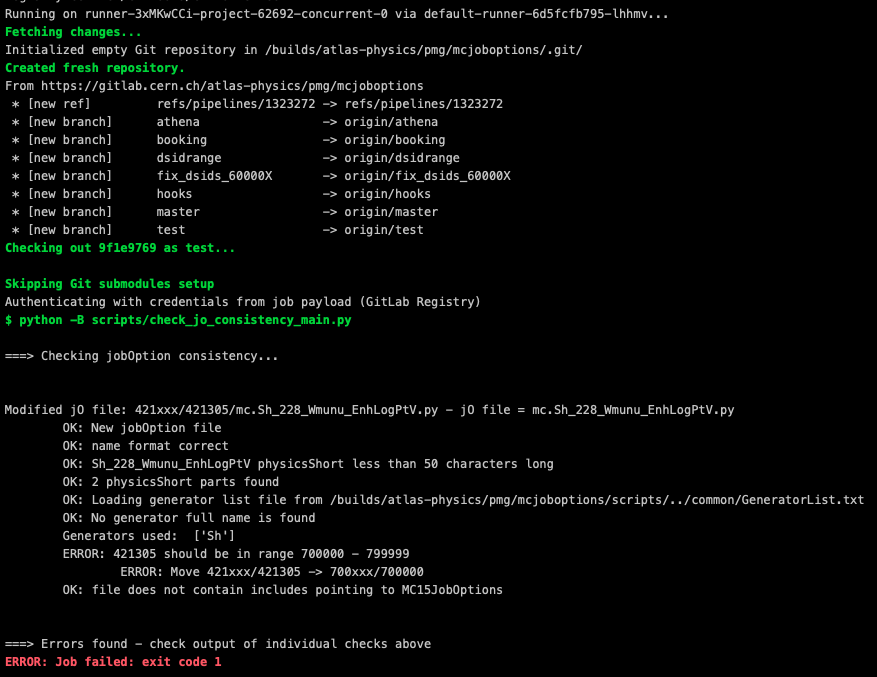 How the suggestion mechanism works

When doing the dry-run of the commit script the script will: